A garden most times with its flowers and good plants is a place to relax and calm down, it is also a place where you can stay and meditate about your life.

There are some plants today that have some religious significance most especially in Christendom.

Catholicism has a long-standing tradition of linking plants to important Christian concepts, and taking your time to incorporate these trees into your garden might help you in deepening your relationship with God.

1. Passion flower, a Symbol of The Crucifixion of Jesus

Passion flower(Passiflora incarnata) is a climbing vine with white and purple flowers, it has a calming effect on people as a result of the chemical it contains.

The passionflower is native to the Southeastern United States and Central and South America.

People make use of passionflower to treat anxiety, and it is used traditionally to help with sleep.

In terms of religious beliefs, the passionflower is named for the passion(suffering and death) of Christ by the Roman Catholic Priests of the late 1500s,

they believed that several parts of the plants, flowers, Sepals, petals, and rays inclusive symbolizes the features of passion.

The 10 petals in the passionflower symbolize the faithful 10 Apostles of Jesus Christ etc.

2. Madonna Lily as a Symbol of Chastity In The Religious Setting

The Madonna Lily or white lily is a plant found in the true lily family, it is native to the Balkans and the Middle East, and it is naturalized in other parts of the world like Europe, France, and Italy.

It has been cultivated for 3000 years since antiquity and has great symbolic values for many cultures.

It forms bulbs at ground levels and unlike other lilies, grows a basal rosette of leaves during winter, and these leaves die during summer.

The Madonna lily emerges in late spring and bears very fragrant flowers in the Summer. The appearance of the flowers is pure white with a tint of yellow at the center.

In Religious settings most especially in the Catholic Church, the Madonna Lily stands for Chastity,

in addition, it is attributed to other Virginia and chaste saints just like Joseph, Anthony of Padua, and Maria Goretti.

3. Roses a Symbol of Innocence, Love, and Passion

Roses are woody perennial flowering plants of the genus, Rosa, in the family Rosaceae,

there are over three hundred species and tens of thousands of cultivars, they form a group of plants that can be erect as shrubs, climbing or trails with stems that are often armed with sharp prickles.

Their flowers vary in size and shapes are usually large and showy and the colors range from white to yellows and reds.

Most species are native to Asia, with smaller numbers native to Europe, North America, and northwestern Africa.

Roses have cultural significance in many societies, they range in size from compact, miniature roses, to climbers that can reach seven meters in height.

Roses are used mostly as Ornamental plants grown from their flowers in the garden and sometimes indoors.

The Red Roses symbolize the shedding of Christ’s blood and sometimes reference the charity of the Virgin Mary.

On the other hand, white roses evoked the chastity of the Virgin who was known as the rose without thorns.

Here is an article I wrote on plants with rhizomes

4. Columbia’s Plant a Symbol of Victory

The Genus Columbia is in the family Malvaceae in the major group of Angiosperms,

like many true leaves, the leaves are arranged in whorls around the stems of the plants,

it is the National flower of Columbia is the orchid of the cattleya trianae, it is also known as the Christmas Orchid,

The Columbia plant according to the Romans Catholic Church stands for Victory over death in the body of Christ.

5. Acacia a Symbol of The Soul Immortality

The Acacia is a polyphyletic genus of shrubs and trees belonging to the subfamily Mimosoideae.

It develops long tap roots that can reach deep, underground water sources and it is also fire resistant,

when above the ground portion of the tree is damaged by fire, other varieties will resprout from the root crown.

The height of an Acacia tree reaches up to 4-6 m in height and it features an umbrella-shaped crown, it has a reddish-brown stem and branches and has a thin, elliptical to a spoon shape

They are used for hardwood furnishing to a water-soluble gum used as thickening agents in foods.

6. Almond a Symbol of Divine Approval

The Almond tree is a deciduous plant with a hardy dormancy, the trees are strikingly beautiful when in flower,

they produce fragrant five-petaled light pink to white flowers from late January to early April north of the Equator.

The Almond trees grow best in Zone 7 through to zone 9, in the United States, which includes Texas, The Southwest, and the Coastline of Washington, Oregon California, etc.

Almond trees are native to the Middle East and thrive in the Mediterranean Climates.

In Christianity, the Almond tree with its seed concealed behind an outer hull and a hard shell symbolizes the purity of the virgin and also the hidden godliness within the human shape of Jesus.

It also signifies divine favor and approval in the body of Christ.

7. Iris a Symbol of Our Lady of Sorrow

The Iris plant is a genus of over 300 species of flowering plants with showy flowers, Iris is the Greek goddess of the rainbow and it takes its name from the same.

The Iris are perennial plants growing from creeping rhizomes or bulbs in a drier climate,

they have long erect flowering stems which may either be simple or branched, solid or hollow. The bulbous species have cylindrical, basal leaves.

They are used in perfume and medicine, they are sometimes used in aromatherapy as sedative medicine.

Here is an article I wrote on plants with parallel leaves

8. Daisy a Symbol of Innocence and Beauty

The Daisy Plant( Bellis Perennis) is a European species of the family of Asteraceae, it is known as the lawn daisy, common daisy, or the English daisy.

Daisies are considered outdoor plants and won’t do well when planted indoors, for best blossoms, they should be grown in full sun and the soil should be moderately fertile, moist, and should be well-drained.

9. Primula, a Symbol of The Virgin Mary

The Primula plant or Primrose as popularly known is a genus of herbaceous flowering plants in the Primulaceae family.

These species of flowers are known for their Ornamental flowers.

They are Perennial plants native to the temperate zones in the Northern Hemisphere like Western and Southern Europe.

The plant thrives in a cool and moist environment.

The primula plant represents care, safety, and protection to you and your family.

10. Palm Branch a Symbol of Martyrdom

The palm branch is a symbol of victory, triumph, eternal life, and peace, it originated in the ancient Near East and the Meditteranean World.

It is sacred in the Mesopotamia religion.

In early Christianity, the Christians used the palm branch to symbolize the victory of the faithful over the enemies of the soul.

It is a part of Christian worship on Palm Sunday or Passion Sunday as it is sometimes called.

Plants with religious beliefs have been in existence since time immemorial, some of these plants have medicinal values as well as being able to help you relax and calm down. 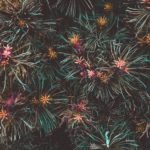 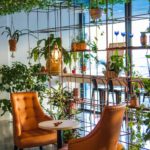