These two machines are used for almost the same purpose, and amazingly, they can even be used in place of each other due to their similarity in structure and operation.

Notwithstanding, it’s essential for one to be able to identify the uniqueness of each of these spreaders.

Although they may be similar, that doesn’t alter the fact that they are different from each other in a few ways.

If you intend to acquire any of these spreaders, you must understand how they are distinct from each other, and how they can be operated individually.

Thankfully, this article has compiled a piece of incomprehensible information on this.

What is a seed spreader?

A seed spreader is perhaps the most useful equipment on the farm.

This mechanical device is used to disperse seeds on farms, which brings great relief to farms as they don’t have to undergo the difficult process of using bare hands to plant seeds.

Although it’s expected that only large-scale farmers are meant to use this machine, farmers who operate on a small scale also use seed spreaders as well.

More importantly, a seed spreader won’t just only spread seed on the farm, it disperses seeds evenly on the farm.

This enables the farmer from spreading seeds wrongly.

What is a fertilizer spreader?

A fertilizer spreader is a mechanical device that aids farmers in applying fertilizers on farms.

Instead of making use of bare hands to drop fertilizers on soil, this machine is a lifesaver that eases the whole process.

Over the years, the manual labor involved in farming has shrunk drastically due to the invention of fertilizer spreaders.

People who are engaged in large-scale farming don’t need to recruit employees to apply fertilizer on large farms.

Once a fertilizer spreader is available, there won’t need to hire labor. The owner of the farm can easily make use of the machine to fertilize the farmland.

How are they different?

A lot of people believe that a seed spreader and a fertilizer spreader are the same mechanical device.

This is not entirely true.

These machines have been manufactured to perform unique tasks.

Despite the similarity between the two, it’s essential you understand how they are different.

How are they similar?

There isn’t a big difference between a seed spreader and a fertilizer spreader.

These two machines are very similar, as they are being used to carry out almost the same duty.

Even when it comes to the design and fashion of these machines, the similarity is undoubtedly clear.

Sometimes, people consider a fertilizer spreader and seed spreader to be the same machine due to their identical appearance.

One more significant thing that makes these machines similar is the fact they can be both used to carry out the same objective.

What’s better about a seed spreader?

A seed spreader is typically used to disperse gardening seeds, such as wildflower and grass seeds.

But Incredibly, this equipment can also be used to distribute salt on the road during winter. In short, a seed spreader can be used for de-icing.

During the icy seasons, individuals usually clear the ice on the pavement outside their apartments with a seed spreader.

What’s better about a fertilizer spreader?

This machine has a simple setting that enables its operator to have a smooth experience using it.

Unlike other similar types of equipment that can be relatively difficult to handle, a fertilizer spreader can even be handled by a 10-year-old.

More importantly, fertilizer spreaders are not so expensive and can be acquired by almost anyone who needs them.

There are different sizes and designs of a fertilizer spreader. Simply go for the one that fits your budget.

Who should get a seed spreader and why?

A seed spreader is a very common equipment that is conventionally used by farmers.

If you are a farmer, you can effortlessly shrink your labor force by acquiring a good seed spreader.

This equipment will prevent you from engaging in hours of work. If you are in possession of a seed spreader, you don’t need to spend an entire day seeding a farm, garden, or lawn.

The equipment will enable you to plant your seeds faster and more accurately.

Who should get a fertilizer spreader and why?

Applying fertilizer to soil is one of the few ways a farmer can ensure that the farm stays productive and free from damage.

Thankfully, today’s technology has greatly facilitated fertilization through the invention of fertilizer spreaders.

Every farmer and homeowner who looks after a lawn or garden needs this instrumental equipment.

Are seed and fertilizer spreader the same?

It’s quite easy for anyone to believe that a seed spreader is the same machine as a fertilizer spreader.

The reason for this is due to the close similarity between the two types of equipment.

You must understand that there is a difference between these two. A seed fertilizer can be used to carry out more tasks than a fertilizer spreader.

People use a seed spreader to disperse multiple types of garden seeds, while a fertilizer spreader can only be used for fertilization.

Although, as of today, farmers still use the equipment to spread seed, it’s still recommended to use the spreader for only fertilization.

Seed spreader and fertilizer spreader are two useful pieces of equipment that every farmer should have on his property.

They are easy to operate, and won’t cost you a big chunk of money if you decide to get them.

Basic farm operations such as fertilization and speeding aren’t things you should be worried about.

As someone who owns these types of equipment, it would take you nothing to keep your farm, garden, or lawn blooming. 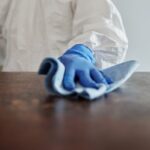