An alpaca is a long haired domesticated South American mammal, often breed for its wool, and is closely related to the Lama.

Just like humans, it is known for communicating with different body language signs and some special noises.

Why do alpacas hum? They can hum to indicate happiness, curiosity, cautiousness, contentment, anxiety, nervousness or just for simple communication with other alpacas.

Alpacas have varieties of expressive sounds ranging from quiet humming, down to loud grunts.

As an alpaca owner, it is important for you to understand what each sounds mean so that you would be able to communicate well with your alpaca.

Relax, we understand how worried you are and that is why we have made our researches on why alpacas hum, just for you.

Why Do Alpacas Hum?

The most common sound alpacas do make is the hum, often sounding like a closed mouth musical purring.

This can be quite unusual, when compared to other animals, but it shows how special they are.

Here is a list of why alpacas do hum.

Alpacas often hum to let others know that they are present and content. In this case, the humming can be said to be a comfort noise.

Generally, alpacas hum mean a lot of things, depending on their emotions as at the time of humming.

They can hum to indicate happiness, curiosity, cautiousness, contentment, anxiety, nervousness or just for simple communication with other alpacas.

Related: Here is an article I wrote on can alpacas live with dogs?

How Do You Know if An Alpaca is Happy?

Happiness is contagious. A happy alpaca is not difficult to recognize.

This clicking sound is similar to how you might click your tongue against the roof of your mouth.

It lets people and other alpacas know that they are friendly and happy.

Second is by their behavior. It is it surprising to see a happy alpaca agile.

A happy alpaca plays with others and is often friendly with people too.

Why Do Alpacas Moan?

Veterinarians have noticed that during painful times like pregnancy or when suffering from severe illnesses, alpacas can make an groaning sound, similar to the ones humans make when they have stomach ache.

Asides that, alpacas moan out loud to alert others of the presence of a predator.

When a predator is nearby, an alpaca would make a high pitched rhythmic sound to let others know, so they can gather together for safety and alert their owner.

Unlike dogs and cats, an alpaca doesn’t like being petted by a stranger. Sometimes, a well trained alpaca might allow petting in passing but would not stand still for you to touch them.

Their reaction to petting is often based by prior socialization with humans, and their mood at that time.

Note: before petting an alpaca, it is important to let the owner know, to be on the safer side.

Do Alpacas Get Sad?

Alpacas get sad when they are in pain or mourning the loss of a loved one. This can be through death or separation.

Also, alpacas are herd animals, just like cattle and llamas, and get depressed if it is just one of them.

What Noises Do Alpacas Make?

Alpacas, just like humans are sociable animals and they express emotions differently, through body language and noises.

These noises vary from humming, to clicking, all the way past several other sounds, down to screaming.

Keep reading. We’ll discuss every of these sounds in details.

You should know that the pitch of this humming sound changes in pitch, depending on the kind of emotion such alpaca is portraying at that point in time.

Here’s one for you: place your tongue against the roof of your mouth and click!

Alpacas clicks when they are worried. For instance, a mother alpaca clicks when she is worried about the whereabouts of her cria.

Clicking also denotes a sign of happiness and submissiveness.

An alpaca can make this sound when calling for attention as well.

To alert other alpacas of an impending danger or a predator nearby, and alpaca would scream. This noise is often high pitched and loud.

Male alpacas also scream at each other when fighting, and to tell others to back off their path.

Alpacas moan out loud when they are in pain. This can be as a result of conditions like pregnancy or illnesses.

Often times, he begins the call sound to attract the attention or the female alpaca and proceed to mating with her. Other male alpacas, on hearing this sound, takes the cue and find a mate too.

The orgle sound is important for an alpaca owner as it signifies breeding time.

Alpacas snort to tell other alpacas to back off. This happens when they are over protective of their personal space and would not tolerate any disturbance.

They push their head forward and make the snorting sound, usually sounding more like a short nasal exhalation.

Don’t be surprised. Alpacas grumble too!

Asides snorting, grumbling is another way an alpaca would tell others to stay away. It is however, a little less extreme than a snort.

A spitting alpaca expresses discomfort and need for space, from other alpacas and humans as well.

This is the last step before a fight between alpacas.

As a light warning, alpacas spit dry air, in form of a pttt noise but when pushed to the extreme, they resort to green spit that contains bile and roughage like grass.

That is why it is important for you to understand the noises your alpacas make, so you won’t end up wiping green spit off your face.

Alpacas generally, are friendly animals, provided you understand them, and they understand you in return.

The sound common to alpacas is the humming sound which is used to portray several emotions. So, worry not.

Yes, these special animals do hum…. A lot

How well do you understand your alpacas? What distinctive sound do you hear from them most times? Let us know in the comment section below. 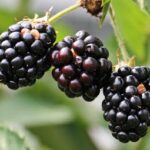 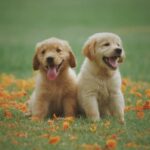