Donkeys are members of the horse family but are quite different due to what nature has blessed them with.

The cross on a donkeys back starts from their ears, runs down the spine and lands on the tip of their tails.

Their “cross” could be something left over as phenotypic trait, but that is not a clear reason.

The cross on the back has been coined to when “Jesus was crucified after the donkey carried him into Jerusalem and during the crucifixion’s, the donkey couldn’t watch the pains Jesus was going through and wished he could carry the burden away.”

Do All Donkeys Have a Cross On Their Back?

This question has been asked so many times by researchers during the quest to find an answer of “why donkey’s have a cross on their backs”.

Almost all donkeys have a cross on their back’s but the Nubian donkey popularly called the Jerusalem donkey has a different cross on each of them.

Though it is presumed extinct, a little research done states that it was different from other donkeys.

It is not quite clear why it was meant like that but fact remains.

It is said that the Nubian donkey is a special breed from the family of donkey’s because it was the donkey that Jesus rode into Jerusalem.

The story formulated from this donkey is something that will get you curious immediately.

The Nubian donkey was about to be killed by a farmer and then the children begged for him not to commit such a crime and as the donkey hasn’t done anything wrong to him.

The man instead went on to tie the donkey to a tree and that is when Jesus disciples came and asked for a donkey, he willingly gave them because the donkey was worthless to him.

This is a story told by history. But the fact that the part of the two disciples coming to ask for the donkey from the farmer is in the Bible makes it count as a fact.

Related: Here is an article I wrote on can donkeys eat corn?

Is There a Spiritual Significance to This?

Talking of the spiritual significance, you would see the reason why donkeys are special to this world especially to Christians around the globe.

The spiritual significance is what the Christians celebrate every year known as; “Palm Sunday”.

Palm Sunday as we know, is the day Jesus triumphantly entered into Jerusalem. It falls on the Sunday before Easter and that week becomes a holy week.

Jesus rode on the back of a donkey while entering Jerusalem and for such an animal, he fulfilled its purpose by carrying the messiah into the land where his journey into reborn will become.

The day of the palm Sunday is holy and its kept like that years.

The worthless donkey the farmer left for dead, became a special animal with beautiful traits that the world loves till date.

A donkey symbolizes peace and Jesus is a man of peace and that day was blessed to be peaceful, for all Christians to celebrate peacefully around the world.

That is why, a donkey is very calm and loving. The spiritual significance is very clear and that is also a true fact made.

What Kind of Donkeys Have a Cross on Their Backs?

It is of no doubt that the Nubian donkeys are the first to have a cross on their backs as history says.

The Nubian donkeys also known as the Jerusalem donkeys used by Jesus and birthed with that gift of trait which is passed to other breeds of donkeys.

Like I said earlier, the Nubian donkey is in extinct and it doesn’t mean it is the only donkey with the cross at its back.

If not all, the whole donkeys being birthed till now have a cross on their back and there are no special kinds that and don’t have.

Regardless of where the cross originated from, it can be said to be factual that every donkey has that dark cross from their ears down to their spines and then stopping at the tail end.

No new research has been brought up about not all the donkeys having a cross. The cross symbolizes something deep and it has been there for ages.

Also check out this article I wrote on can donkeys eat bananas?

Are There Other Animals With A Cross on Their Backs?

There aren’t any other animals that exist with that cross on their backs.

Because, research has shown that there isn’t any other animal apart from donkeys.

Anyone reading this also, would know that with all details pointed out from the beginning, donkeys are the only animals with that cross on their backs as it signifies something big as well as a gift named by Jesus.

The question needed to be brought up to clear any doubts.

Donkeys are peaceful animals and are gifts to Jesus.

Notwithstanding the cross on its backs, there is an old saying that goes; no one ever sees a dead donkey; which is might not factual since it was told years ago and now times have changed.

Leaping over the carcass of a dead donkey brings three times, brings great fortune to that person.

This might also be factual due to what a donkey signifies. We might not come to a conclusion on that, but fingers crossed till we know. All we know now, is that they are special.

What is the Significance of the Cross on the Donkey?

The cross on the donkey’s backs signifies “The crucifixion of Jesus on the cross”.

According to the story told, the donkey was there when Jesus was being crucified, and couldn’t withstand the pain and looked away, wishing he had carried the cross away from him.

It was an eyesore to behold for the poor donkey and he wished he could take the burden away.

This is a factual answer if we look closely.

The donkey is a gifted animal and wanted peace. The animal was forever marked with that cross to signify the cross he wanted to carry for Jesus.

Donkeys are really special animals as we can see that.

Research has shown the best of it and no need to wonder why a donkey has a cross at its back, because it has been shown with due consideration. 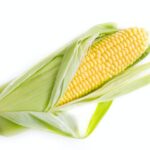 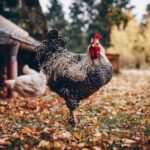