Donkeys are reputedly known for their big ears however this doesn’t mean they are small horses with bigger ears.

Donkeys’ bigger ears help them hear over a wider range of land expanse and it also helps in heat dissipation for those living in the desert.

We joke a lot about donkeys and their big ears.

Even though donkeys and horses share some similarities, donkeys evolved to be able to adapt to desert life and their large ears is an evidence of that.

If you have been curious about donkey ears and what they signify, today we will explain it all and satisfy your curiosity.

Does Their Big Ears Mean That They Have Good Hearing?

Yes, donkeys’ big ears are significant to their hearing abilities.

Donkeys originally lived in the African desert and they were able to evolve their bodies to adapt to living in that environment.

The behavioral tendencies have not been dulled in domesticated donkeys as they are always ready to survive and have characteristics that would help them survive in the wild.

Living in the wild expanse of the desert, donkeys develop their large ears to be able to hear other donkeys calling over the wide expanse of land.

Some times the calls are usually to warn about the approach of a predator.

Unlike horses who graze in herds, donkey herds spread out to graze because of the sparsity of grass to graze on in the desert.

The large ears help the donkey hear members of its herd when they call.

This feature is one that the donkey has not lost till today and even cross breeds of donkeys such as the mules or hinnies still showcase the large ear features.

Related: Here is an article I wrote on can donkeys eat grapes?

Why Do Donkeys Need Ears?

Like every other animal in the world including humans, donkeys need ears to be able to hear things going around their environment and to communicate.

Donkeys even need larger ears because of their mode of living which evolved from the desert.

Donkeys’ large and long ears enable them to hear calls from across a wide range of land.

Donkeys do not graze together and this behavior stemmed from their ancestors who had to spread out to get grass to feed on in the desert.

The desert is a bare dry place and most times clumps of grass are usually scattered in various areas.

The donkeys have to spread out to access these foods .

When it is time to go home or a predator is spotted, donkeys will call out to each other to gather.

This range of calling can span several expanse of land and as such the donkeys developed even better hearing over time.

A donkey is reputed to be able to hear another donkeys’ call as far as 60 miles away in the desert.

Donkeys also use their ears as part of their body’s’ cooling systems.

The ears help the donkey to cool in the hot desert climate as blood is able to flow near the skin of the ear and as such there are more surface areas to release heat from the donkey’s body into the air.

Do Donkeys Have Longer Ears Than Horses?

Donkeys and horses are both from the equine family and as such share a lot of similarities and body characteristics.

Most times they experience the same diseases, can get the same feed and treats and can even look similar.

However there are also a lot of physical and behavioral differences between the horse and the donkey and one of those differences is in their ears.

Horse ears are small and are always perked up to listen to sounds, they can also point their ears backward or pin it depending on the direction the sound they are listening to is coming from.

Donkeys however have longer ears which can flop to the side or be perked up depending on how relaxed or agitated the donkey is.

The differences in the donkey and horse ear comes from the donkey’s adaptation to life in the desert as the long ears enabled it to hear sounds and calls over a wide expanse of life.

The donkey’s longer ears also helped it release heat from its body into the air by the presence of blood vessels in the ear region.

Also check out this article on can donkeys eat lettuce?

What Does It Mean When A Donkey’s Ears Are Up?

A donkey’s ears are up and alert when it is listening for a sound.

Most times, new donkey owners have to take out time and patience to understand donkey behavior as donkeys have different characteristics from horses.

Donkeys are very expressive with their ears and each ear position communicates a different behavior or activity at that point in time.

Since donkeys can hear sounds over a wide expanse of land, they will most times have their ears up and alert when they hear something new.

In most cases, a donkey with its ear up is an alert donkey. They also do this when there is a new person or animal around them.

Sometimes donkeys point their ears up and move away from you, at that point they probably are agitated and want their space.

It is best to leave the donkey alone at that point in time.

Donkeys are very sensitive about their ears because there is a history of people pulling and grabbing on them which irritates the donkey.

Although donkeys enjoy a good petting and ear rubbing, the donkey has to trust you and you have to do it gently to avoid upsetting the donkey.

On first meeting a donkey don’t try to pull its ear or head, rather give it some time to get acquainted with you.

When there is trust established, the donkey will allow you to rub its head and you can extend that to its ears.

Rubbing the ears slowly and gently will have your donkey lowering its heads to further enjoy your attention.

Donkeys are very affectionate and some will even headbutt their owners to remind them to pet them.

It is however very necessary to have first built trust with the donkey.

Can A Donkey Hear A Human Heartbeat?

A wide range of animals including donkeys, horses and dogs can hear the human heartbeat because of their superior hearing ability.

Donkeys can hear sounds in the desert for over 60 miles and this has enabled them to hear calls from their herds when they scatter to graze or easily pick up on predator sounds.

Donkeys are not the only animals that can hear a human heartbeat, horses can hear your heartbeat from 4 feet away.

This super hearing enables them to pick up on your agitation and nervousness.

We all know and have even made jokes about the donkeys long ears however those ears are not just long for decorative purposes.

The donkey’s large ears have enabled it to survive in the rough and tough wild and it has not lost all of its survival features to domestication.

Next time you see a donkeys’ floppy ears remember those ears are possible for super hearing. 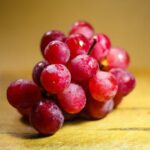 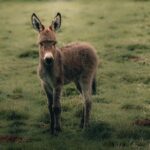