If you keep ducks as pets or rear them in your backyard, then you must have noticed something about the shape of their beak.

Looking closely at it, you notice that it is long and flat and you must have wondered why it is different from other birds like say chickens

Why do ducks have flat beaks? Ducks have flat beaks because they find their foods in water and ponds. So their flat beaks help them to spoon up the muddy water leaving just the insects, worms and water plants behind for them to eat. A duck’s flat beak helps them effectively hunt and gather food.

How does a duck’s beak help it in feeding?

Ducks are very unique and smart birds and they have long flat beaks that they use to detect, grab and swallow food in one big gulp.

They also use their beaks to filter out excess and unnecessary water and inedible objects, leaving only the food they intend to eat.

Most times the kind of food your birds eat is largely dependent on the shape, size and ability of its beak.

Do ducks dabble or dive?

One major thing is the size and shape of their bill, also called a beak

What is the beak and mouth structure of a duck?

The edge of a duck’s beak is very soft which helps it to feel for food while foraging in the mud, much like a fingertip

If you look closely, you will also see that ducks have a nail-like tip at the end of their beaks which they use for hooking food or moving food around before they eat it.

Their mouths contain an upper and lower jaw which they use to catch food and then swallow it whole.

Just inside a duck’s beak is something called a lamellae.

The lamellae are fine structures that helps the duck filter out water, mud and other items the duck doesn’t want to eat

Another important use of the lamellae is that it helps the duck to grip food properly without the food falling out.

Ducks eat a lot of things like fish, seeds, grains, spiders, backyard insects whatever their beaks will allow.

Although most ducks swallow their foods whole, they have some tools that helps them with digestion.

These include their gizzard, which is an organ between the duck’s intestines and the stomach.

So food will enter the gizzard from the stomach, which then squeezes together crushing the food and digesting it

Ducks sometimes will also swallow small seeds called grits which act as an internal grinder that helps to crush and grind food.

Do ducks have teeth?

Ducks are omnivores meaning they eat plant and animal based diet

As such do they have teeth to chew and grind their food?

Ducks do not have teeth the way other animals and human beings do to break up and chew food extensively.

But they do have several other adaptations that help them to grind and eat their foods effectively.

1.  Ducks have a spatulate beak shape.

Ducks have an elongated, flat beak shape which helps them to crush their food similar to teeth but without the same strength for crushing tough foods.

Their long flat beaks also help them to filter out their food from water, mud and other things that they do not want to eat.

The flatter the shape of the beak, the more the duck leans towards eating plant materials such as algae, seeds or aquatic grains.

Ducks also have something called lamellae which are thin comb like structures that look like serrated teeth.

What the lamellae does is that it helps your birds filter out muds and water from the food the ducks want to eat.

They are usually not very visible unless the duck’s bill is open or it has an injury of deformity.

Ducks have a small bump on the tip of the upper side of their bill which is very useful for digging through mud and debris.

It also helps them to uncover small roots and insects, worms and other foods.

4. Ducks have a grin patch.

Ducks also have something called a grin patch which is a sneer- or smile-like curve on the side of a duck’s bill that exposes the lamellae for easier filtration and feeding.

Not all ducks have a grin patch and it is more common in swans than in ducks and honestly the purpose of a grin patch has not been fully studied.

Despite all the above mentioned modifications that ducks have, they do not chew their foods

Instead, small nibbling or chewing motions help ducks position morsels inside their bills so they can swallow each bite whole.

Softer foods may be broken up by those motions, but ducks aren’t chewing deliberately.

So if you want to feed your birds, you need to be aware of the fact that they do not chew their food and they do not have teeth

Ducks have flat beaks because it allows them to easily forage and gather food.

Their flat beaks also makes it very easy for them to grind and crush food because they do not have teeth. 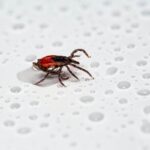 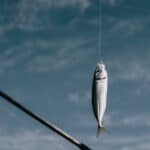