Pheasants, especially the males, are known for their hissing sound. Pheasants hiss for a variety of reasons which includes sexual display and fear.

Pheasants are quite loud and noisy birds and if you are interested in pheasants then you should put that in mind especially if you don’t like noise and also as not to disturb your neighbors.

This article will explain the reasons pheasants hiss, how to identify the sound and how to calm a hissing pheasant.

Why Do Pheasants Hiss (List And Explain The Reasons)

The pheasant is a bird that makes quite a lot of noise and the hiss is one of the types of sounds it makes.

The hissing sound is made by both sexes of the bird though pheasant roosters typically make more noise than the hens. Some of the reasons why pheasants hiss include:

The male flounces around the female in semicircles several times with his feather plumped up and wattles raised.

He would hiss, wag the feathers on his tail and hunker down to the ground, making a sound like a coo to attract her attention.

If the female is impressed, she would then allow him to mate with her.

Pheasants usually make the hissing sound when they are aggressive, want to attack or feel they are under attack.

Pheasant chicks sometimes hiss when they are fighting. If you go near a hissing chick, there is a strong probability it will try to bite you.

A pheasant keeper reported one of his chicks bit his thumb after he tried to find out the problem when he heard him hissing.

Female pheasants with young chicks are usually reported to hiss as an act of defense when they encounter danger.

Just like chicken hens squawk and try to fly at and bite any predator or danger to her chicks, the pheasant mother will hiss as a defense mechanism.

Captive pheasant birds have been recorded to hiss when they are intimidated or when they feel fear.

Pheasants sometimes peck on each other and the victim bird might hiss when it feels frightened.

You can also read up about the other different sounds made by pheasants.

Related: Here is an article I wrote on why pheasants leave their eggs

What Should I Do If My Pheasant Is Hissing At Me

There are several reasons why your pheasant might be hissing at you. It is most often a sign of aggression or impending attack.

If a chick is hissing at you or the others, it probably wants to dominate and it is likely to bite you if you go near it.

Some adult male pheasants also have bad temperaments and are quite aggressive in nature.

They hiss and spit when you come close to them even as their owner.

A female pheasant mother could also hiss if you come close to her brood as they use that as a defense mechanism when they feel danger to their chicks.

In whatever situation, a gentle retreat is the best option at the moment until the pheasant is calm.

You want to put some space between you and the pheasant so it feels less threatened and calms down.

It is important to understand pheasant behavior as they are wild birds and not tamed like chickens, they are not exactly very friendly and they will exhibit wild characteristics from time to time.

How Do You Identify The Sound?

A pheasant hiss can only be heard at close range and it is made of harmonic bands occupying a baseline from 80cps to 1500cps .

The call lasts about 1 to 9 deciseconds. There is usually a short interval of several seconds between the hissing calls.

During a courtship ritual dance, the male chases the female while repeatedly fluffing up and wagging its tail.

The hiss comes at the same time, the male fluffs up its body and lasts only seconds.

Do Pheasants Hiss At People?

Pheasants hiss at people especially when they feel threatened or want to attack. When a pheasant is hissing at you, the best option for you is to leave it alone.

Pheasants are wild birds and they often see humans as predators after centuries of being hunted by humans, even pheasant owners do not have an easy job on their hands raising pheasants.

A male pheasant could get more aggressive during the mating season and might want to get violent.

This behavior can be worse if it is alone and there is no female around for it to mate.

You do not want to encourage a hissing pheasant to attack you as their attacks could be quite violent with their claws and beaks.

Also check out this article I wrote on where pheasants sleep

How To Stop Pheasants From Hissing?

This depends on the situation and the reason why the pheasant is hissing. Some pheasants are just bad tempered in nature and it is best to avoid them or keep them caged in till they settle down.

If an adult male is hissing and showing signs of aggressiveness, it is better to get one or two females to keep its attention.

Due to the influx of hormones in their system during this period, they tend to be more aggressive. One there is a hen though, the male can turn his attention to it.

If you are approaching a hen with young chicks and she is hissing, give her some space as she probably feels you want to harm them.

How Can I Calm A Hissing Pheasant?

Pheasants are not domestic birds and they usually exhibit the behavior of wild birds. A hissing pheasant is best left alone as the hissing is a sign of anger or aggression and you can expect an attack.

Any peace offering you make including food might be taken wrongly and a gentle retreat is the best option.

Do not try to run as the pheasant will see this as a sign of weakness and chase you and probably try to attack.

Pheasant raising is not as easy as that of other birds because they are still wild in nature.

Pheasants also make quite a lot of noise and they make different sounds on various occasions depending on the situation.

Hissing is one of the sounds pheasants make and they use it for sexual display, attack or fear.

Understanding these behaviors is key to successfully raising a pheasant flock. 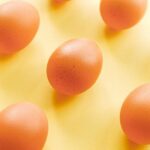 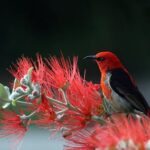