Well, first of all, not all turkeys gobble.

Only male turkeys gobble and that’s why they are sometimes referred to as gobblers.

Male turkeys do not gobble all day long or all year long.

There are seasons when male turkeys gobble and there are reasons for it.

✓ Male turkeys/ toms gobble during the spring or fall.

They do this during the mating season to attract the female hens.

During the mating season, the male turkeys perform a kind of dance, strutting and making gobbling sounds. This attracts the hen and interested ones come around.

So basically, male turkeys’ gobbling is a kind of mating call.

If you are a hunter who hunts wild turkeys, this sound would probably lead to you right to them during this season.

✓ Male turkeys’ gobbling can also be an answering call.

When a male is roosting and is trying to find out the location of the others, it gobbles and the other turkeys gobble in return.

Hunters use this strategy to hunt wild turkeys all the time.

They call it “shock gobble”.

The hunters make a kind of gobbling sound, the turkeys who don’t know better gobble in answer and their location is immediately detected by the hunters.

Why do turkeys gobble? Are they talking to each other?

Well, turkeys make a lot of sounds in which gobbling is one of them.

I know they gobble to call out to themselves and attract males but it’s hard to say if any actual conversation is going on.

Who knows, it could be an animal language and humans don’t understand those.

But I know gobbling is one of the ways of communication in the turkey kingdom.

Looking for a comprehensive guide on how to raise turkeys for profit?

What sounds to turkeys make?

Turkeys’ are not as chatty as chickens which seem to talk all the time, but when they do talk, they have a series of sounds they make.

Turkeys can make more than 20 different sounds and about 7 or 8 are the basic ones.

These sounds are used at different times for various purposes.

I have talked about the gobbling sounds male turkeys make and why they make them.

Putt. Turkeys make the sound when they are alarmed. It is made in repeated notes.

Purr. Turkeys usually make this sound when they are feeding. It is a soft rolling sound that shows contentment.

Cutt. This is a fast and loud sound of single notes that a female turkey makes when seeking companion. It can be used by a hen to encourage a tom to come closer to the area.

Why do turkeys gobble at owls?

Owls are bird predators, they prey on other birds including turkeys.

While adult turkeys might be too much of a bother for them, they easily prey on young turkeys because they are weak and vulnerable.

I guess, turkeys gobble to scare away owls from the hen and the young turkeys around it.

Turkeys also gobble at owls because they don’t like loud noises.

When other birds or animals like crows, peacocks, owls make loud noises, male turkeys get mad or excited and make their own noises back.

They gobble at these birds and animals.

They go on and on about it and it almost becomes a competition of “who makes the loudest noise?”

Why do turkeys gobble when you whistle?

Well, like I’ve explained, turkeys gobble whenever they hear sounds or a loud noise.

They could mistake it for another tom’s gobble and respond.

It could also be a way for them to show they are irritated or excited by the noise.

So a whistle comes out as a sound to them which they must respond to. They could respond out of irritation or excitement.

While hunting, you may want to make sure you are ready to kill before whistling, as this can attract toms to you.

Why do turkeys gobble in the morning?

Turkeys are unpredictable creatures and sometimes you can’t tell why they do what they do.

Like we have explained, turkeys can gobble during the mating season.

It is not unusual to hear a tom gobbling in his roost in the morning. It is usually a kind of mating call.

Turkeys also gobble in the morning because of the other sounds it hears in the forest.

It could be the sounds of hens approaching or other animals.

What do you do when you hear a turkey gobble?

If you are a hunter then the gobbling sound is what you have been waiting for.

The next thing is to get ready and allow the turkey come to you.

If they are in a flock and you can’t take on more than one, just wait till they separate and go for the lone tom.

If you are not a hunter but somehow in the bush, you may want to go to the other side of the sound.

Something might have irritated the turkey to make it gobble, and you don’t want to be alone with an angry turkey.

If they are not wild turkeys, just ignore them. They would keep quiet after a while.

No, female turkeys do not gobble.

Female turkeys make a whole lot of other sounds which I’ve explained but not gobbling.

That honor is reserved for the males.

Only male turkeys gobble and they do it mostly when they are trying to attract the female turkeys during the mating season.

It also can be an answering call when they hear other turkeys gobble or hear a loud sound that looks like gobbling.

They gobble at owls too.

Whether to scare them away from their young ones or because they just hate owl sounds.

Female turkeys do not gobble but make a lot of other sounds like yelping, putting, purring, cackling etc. 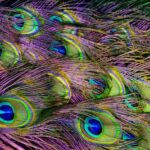 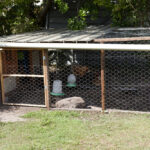