Constantly quacking ducks can be annoying.

They can make you restless, ruin your sleep, and be a huge pain.

But as frustrating as they are, they can become a point of concern too.

No matter how much you ignore it, you eventually end up asking, “Why is my duck quacking so much? Is he okay?”

If your duck is quacking too much, there might be something that needs to be addressed.

It could be some sort of a problem or something they’re trying to tell you.

Either way, it’s always best to know what’s up, right? So, let’s discuss the possibilities!

Why Do Ducks Quack at Night?

Ducks quacking at night is a common complaint from owners (and their neighbors!)

These birds quack at night for the same reason dogs bark during the late hours: to alert everyone.

If the birds are scared or see a predator nearby, they will start quacking very loudly.

These sounds are their way of communicating with other animals and fellow ducks that danger is nearby.

Plus, this way, they’re alerting you that there’s something wrong.

Some ducks are even used to staying up late during the night. They do this to avoid sudden predator attacks and be a watch guard.

Interestingly, if a duck is somewhere open and they want to hide, they stay quiet even if they spot a predator nearby.

You will never see a duck quacking for its life if it’s out in the open, unprotected.

These incredible birds only make sounds when they feel secure in their whereabouts and know that they cannot be hurt.

Otherwise, they stay very silent until they’re out of danger’s way. Isn’t that genius?

That’s not it, though.

There’s another common reason for ducks to be loud during the night.

Some of these species tend to feed during the late hours and rest in the daylight.

Ducks have also been noticed to quack a lot when they’re chirpy and energetic.

They like to communicate with other ducks and have a little fun!

So, if your birds are quacking away for no reason, maybe they’re just in a good mood.

Related: Here is an article I wrote on “Are ducks colorblind?”

How Do I Keep My Ducks Quiet at Night?

It’s understandable if your quacking ducks don’t bother you.

But they can be a pain for the neighbors!

So, how do you keep them quiet during the night?

Well, it’s not like you can tell them to stay quiet, and they will listen to you.

So, here are a few things you can do:

It may sound childish, but some ducks tend to encourage their fellow birds to be noisy as well.

In fact, they even teach the quiet ones how to be loud.

Company matters, even for ducks!

So, removing these notorious birds from the pen and separating them from the rest can be an excellent idea.

You know what? The earlier you do this, the better!

2. Keep Your Ducks Inside During the Night.

Sometimes, just being outside in the open can trigger your ducks to start making noises.

If they don’t feel safe, it doesn’t matter whether they see a predator; they’re going to start making quacking noises regardless.

Try to move them somewhere inside when it is late hours so that they feel secure.

The safer they feel, the more peaceful they will be through the night.

3. Secure and Cover the Pen.

The logic behind this tip is pretty similar to the one above.

Covering the pen makes sure the birds don’t see anything outside.

It helps them be at ease and makes them stay relatively quieter.

At What Age Do Ducklings Start to Quack?

When a duckling, male or female, becomes 6 to 10 weeks old, they officially start quacking.

By this time, their body starts to undergo particular changes, and they’re developing into male ducks and female ducks.

Hence, this time frame is also when the ducks can be sexed (distinguished based on gender).

They produce two to ten quacks and they start with high intensity and end with softer quacks.

In contrast, the male ones produce a very harsh sound with significant hoarseness.

Duck Sounds & What They Mean

Here are some of them and what they mean:

Barking ducks usually indicate that there is something stuck in their throats.

It’s usually something dry, so giving them some water can do the job.

Groaning is another communication sound that allows ducks to express themselves.

It’s usually not a good sign when ducks groan.

It indicates that they are frustrated, stressed, or angry.

It’s like a food call indicating that it’s lunchtime!

Believe it or not, the grunt whistle is a display from male ducks to impress the female ones.

They go into the water, raise and pull their heads up, while giving a loud, incredible whistle that ends with a grunt.

Then, they slowly move back to their normal posture.

It’s their way of attracting female ducks and making their presence known.

Entire groups of ducks have been known to do it together.

If you pet your duck and it starts vibrating or making purr sounds, it means you’re making it happy and content.

It wants you to continue doing what you’re doing.

Female ducks typically start creating honking noises to indicate that she has found a mate and is about to lay a nest.

Why Do My Ducks Quack When They See Me?

Now, ducks quack for many reasons.

If you’re lucky, they’re probably quacking because they’re happy and excited to see you.

Other possibilities are that your duck is either trying to communicate with you because it’s lonely or because there’s something wrong.

The bird might be trying to tell you about an impending danger, something bizarre that they noticed, or because they are hungry.

They might even be annoyed, irritated, and mad at you.

If that’s the case, sit down in a corner and think about what you might have done!

Ducks make quacking noises for many reasons; they could be good or bad, but they’re not the only sounds these birds make.

Knowing how to interpret these sounds helps you understand your birds better.

It enables you to interpret whether they need company, food, or safety.

It might seem hard to learn the duck language, but it’s actually not.

It’s just like having a baby and understanding what it wants when it cries.

It takes its sweet time, but you eventually get it! 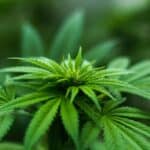 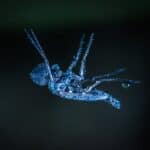