The orthodox hedge trimmer looks like a giant scissors.

Even though these manual hedge trimmers are still in use, their place has been taken in conventional circles by motorized hedge trimmers that are either powered by gasoline or electric.

These garden tools which are used to prune, trim, or cut bushes or hedges (hence, their name) are a necessity if you own a garden, are into landscaping, or would generally prefer your shrubs looking their best.

As with other machinery, the hedge trimmer is not free of issues, it could bog down at any moment for a variety of reasons. It could be an issue with the fuel, a clogged carburetor, too-tightly-fitted blades, or an issue with the gas filter.

What Causes a Hedge Trimmer To Smoke?

If you own a hedge trimmer, seeing it smoke excessively may raise alarm.

Especially with non-gas-powered hedge trimmers, smoke could be a sign that something within the engine compartment is aflame.

Here are some of the reasons that cause hedge trimmers to smoke:

It is very commonplace that when your hedge trimmer has leaking oil which somehow travels to the engine that’s already heated up, it burns on contact- the result being smoke.

It’s important that you put off the hedge trimmer immediately when you notice smoke because if an oil leak is responsible, a fatality may result from continued use.

One of the reasons that this occurs is when the carburettor is faulty and as a result, there’s not an efficient gasoline-to-oil ratio

Contaminated fuel can so easily make your hedge trimmer smoke.

The hedge trimmer was designed to work optimally under certain conditions.

One is the type of fuel that it utilizes in performing its function. So, it aligns with the reasoning that where there’s a problem with the fuel, it smokes to serve as a signal to you.

Overheating usually leads to white smoke from your hedge trimmer and may sometimes be caused by excessive combustion or a dead/dying motor.

The motor of the hedge trimmer is part of the components without which it cannot simply perform its function.

When a motor is dead/ dying the hedge trimmer produces smoke as a signal.

What Can I Do To Fix This?

The first step to take in attempting to fix a hedge trimmer that’s producing smoke is to put off the engine.

Next, allow the hedge trimmer to cool off before attempting any checks. Then, follow the followings steps:

If you suspect that an oil leakage is responsible for the smoke, you should check the tubes that carry the fuel from the carburetor and see if you can spot any leaks.

If you do, it is best that you replace the tubes or patch them up if you know of a safe way to do so.

If you don’t find any leaks, it may be that the smoke is caused by excessive combustion which can be traced to a faulty carburetor.

To remedy this issue, you could unscrew the carburetor and give it a thorough clean with the aid of a brush and fuel.

If it appears that cleaning wouldn’t do the trick especially where rust had worn down the carburetor, it may be time to replace it.

The only remedy to dealing with smoke caused by contaminated fuel is to do away with the fuel in the tank of the hedge trimmer and clean out every other part that the fuel must have come in contact with.

To resolve this problem, you will have to replace the motors.

Can a Hedge Trimmer Overheat?

Yes, a hedge trimmer can overheat. Overheating usually results when its motor does not get enough air.

Another reason a hedge trimmer overheats would be excessive friction which usually leads to white smoke.

In all instances of overheating, usually, the first step towards resolving the issue is to allow it to cool down before attempting to operate it again.

But where the overheating is caused by an issue with the motor, as we mentioned earlier, it may just be time to replace it.

Are Hedge Trimmers a Fire Hazard?

Yes, hedge trimmers can be a fire hazard when not handled properly.

Whether electric or gas-powered, these horticultural masterpieces are heavy machinery and can cause severe fire accidents.

This is the reason why the first thing to do once you buy a hedge trimmer is read the manufacturer’s manual as it will guide you on how best to safely handle it.

One thing that makes hedge trimmers a fire hazard is the issue of fuel leakage.

This leakage can be a result of fuel being left unchecked. Electrical sparks could also lead to a fire outbreak.

This is why it is best that before starting up your hedge trimmer for use, you check it properly to ensure that anything that could pose a fire hazard is in order.

And sometimes, a manufacturing error may lead to a hedge trimmer being more prone to cause a fire outbreak.

However, most times when this defect is detected, the manufacturers recall their products.

This is why it is important that when buying a hedge trimmer, you register it with the manufacturer so that if there’s any need for a recall in the future, you will be contacted.

Should I Be Concerned if My Hedge Trimmer is Smoking?

Not necessarily. Generally, gas-powered hedge trimmers will smoke as a result of combustion.

The issue is your hedge trimmer smoking excessively or in an unfamiliar manner.

So if your hedge trimmer is smoking excessively, your best bet would be to follow the steps that we have outlined in this piece- check for oil leakage, excessive combustion, or contamination.

If symptoms persist, it may be time to consult your manufacturer where the hedge trimmer is still under warranty or some other professional who can take a proper look at it.

Do Hedge Trimmers Smoke a Lot?

No. Normally, hedge trimmers do not smoke a lot.

If your hedge trimmer is smoking a lot, it is most likely a result of some of the issues that we have discussed in this article, namely; overheating, oil leakage, excessive combustion, or contamination.

These issues in themselves are perhaps because of excessive friction, or faulty carburetor.

We have tried to discuss the common issues that affect hedge trimmers, particularly electrical and gas-powered ones.

We have outlined why they bog down and seen that sometimes it is as a result of fuel contamination, other times it’s a combustion issue.

Please note that these issues in no way make the option of a manual hedge trimmer better than its gas or electric powered counterpart.

The former is less effective as it is slower in carrying out tasks.

The key thing to put in mind when buying a hedge trimmer shouldn’t be it’s possible attendant issues as all appliances have theirs.

It should be the fact that its benefits and rewards far outweighs whatever issues may arise. 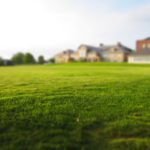