We have got a lot of different species of waterfowl out there; their common name is duck.

Where there is water, there are ducks; the water area is their habitat; they live wherever there is water in whatever continent they can find themselves.

There are two main classes of duck breeds: the wild duck breeds and the domestic ones.

While on the other hand, wild duck breeds are not bred to fulfill any human needs.

In this article, we will solely be focusing on the wild duck breeds at the moment; apart from the Muscovy ducks; every other domesticated duck is from the wild mallard duck.

Madagascar Pochard was once a rare breed of duck, and in the 1990s, they were thought to be extinct; it belonged to the genus Aythya and is a diving duck.

After a while, the duck was rediscovered in Lake Matsaborimena in Madagascar in 2006.

To grow the population of the Madagascar Pochard, a captive breeding program was set up, and a population of about 90 birds was made in 2017; by 2018, that is a year later, the birds were released to the wild.

The ducklings of Madagascar Pochard start the diving process at around 14 days old and resurface to feed on the surface.

The food of the Madagascar Pochard is mainly from aquatic insects. They dive for food for 24 seconds as their mean diving time.

In the case of appearances, the Pochard is medium-sized, with its size between the range of 42 and 56cm;

Its color is dull brown or chestnut with a very dark underbelly; during a male first winter, its irises will turn white different from its normal brown color.

Male Pochards are breeding spots of a different color of dark chestnut heads, chins, throats, and necks, with blackish-brown on the top side of the body.

The beaks and legs are dark greys, and the nails are black. They have dark brown wings with a white bar.

The undersides of the wings, as well as the area under the bodies from the stomach to the tail, fade to white.

Madagascar Pochard does not form flocks; they are usually found in pairs or single; they also do not migrate.

The African Black Duck is closer to the mallard ducks but spots some disparities in behavior and plumage.

They belong to the genus Anas; they live in central and southern Africa, they are medium-sized ducks ranging between 48-and 57cm, and the male is larger than the female.

They are black-colored ducks with spots of white noticeable on their back;

when in flight, you will also see a spot of a blue speculum; they have got orange feet and a dark bill.

The African black duck breeds throughout the year; they are territorial and also shy, and they are mostly seen in small pairs and flocks.

They are omnivores and feed on things like small fishes, seeds, crabs, larvae, etc.

The African Pygmy Goose is widespread throughout sub-Saharan Africa and Madagascar;

it is called Goose because its bill is shaped round like a goose. The African Pygmy is a type of perching and dabbling duck.

The males have metallic green on their back, yellow beaks with a white face, and green ear patches, while the female have green patches at the top of their heads with dark eye patches and are grayish.

They usually nest both on trees and the ground, with the male taking the primary lead in searching for the best and encouraging the female to inspect the nest.

Their diet consists of making seeds; they are seed eaters eating seeds from water lilies and other vegetative parts of aquatic plants and others.

They are shy and secretive, running into the bush to hide at the slightest provocation; the birds pair up to build nests out of grasses and leaves.

It is a North-American scoter species of sea duck; they are mainly sea birds.

The American White-winged Scoter has a dark chocolate overall patch with a very distinctive white patch on their wings, the males are darker than the female, and they have a small white mark under their eyes and a pink bill tip with a dark knob on the bill.

In contrast, the female has a more sloping head shape and white in the wings with two distinct rounded patches on the face.

They can be found large inland; they prey mainly on mollusks, aquatic insects, small fishes, plant materials, and Crustaceans.

They are omnivores, so they can eat just about anything. Their main threats are Oil Spills, Habitat destruction, Hunting Pressure, etc.

They are a species of dabbling duck found in North America; at all times of the year, they can be found in flooded fields, marshes, bays, freshwater wetlands, etc.

The American Wigeon eggs hatch in about 25days; the hatchlings leave the nest and feed themselves a day after hatching; when they are 35-48 days old, in the wild, they have a lifespan of around two years.

They are medium-sized, compact ducks with a short bill and a round head.

The breeding males have a white blaze on their forehead and a green slash behind their eyes, while the females are plainer brown with a rusty side.

The Andean Teal Duck is a species of South African Ducks; it belongs to the genus called Anas, which is mostly found in the Andean highland of Columbia, Venezuela, and Ecuador.

The teal is a member of the dabbling duck group; they are popular as game birds, their size in measurement is between 33-38cm, and they are usually found in dense flocks.

They are Primary herbivores, and what sets them apart from other ducks is their petite size, habitats, body proportion, feeding behavior, and unique body coloration.

They are distinguished from others by their stout neck and short tails; the males boast unique bright coloration with different color patches, while the females are more camouflaged.

They are social creatures and can be found in the company of mixed flocks, and they always stay in tight groups, even when in flight.

The Australasian Shoveler lives in highly vegetated swamps; they are low-lying ducks and dark-headed.

The male, during breeding, has a deep-grey blue head with a vertical white crescent between its bright yellow eye and the bill.

Spoonbill Duck, Shovelbill, Blue-winged Shoveler, and Stinker are these species.

The male will defend their territories vigorously and mate with the female until the female has completed about half of her incubation period, 24 days.

These birds are highly mobile and move around during unfavorable weather changes; they feed mostly by filtering surface water and mud through their bill.

They eat food ranging from insects to small seeds of many aquatic plants, etc.  Their feeding is mostly done in open water.

The Baer’s Pochard is a diving duck found mainly in Eastern Asia; they are extremely rare.

Currently, this species is experiencing a rapid decline in its population.

The male, when breeding, has a dark green gloss on the head, while none breeding males have pale eyes, and they are duller.

They are diving ducks mostly found alone or mixed in a common non-breeding group of ducks.

The black-bellied whistling duck has brilliant pink bills and a long leg that is unusual;

they have a whistle as their call when communicating; they are found mainly in several southern states and are getting more expanded northward.

The Black-Bellied Whistling Duck can perch and also nest on trees.

This duck is mainly non-migratory; they are quite tame and highly social, forming large flocks when not breeding.

The black-bellied whistling duck during breeding is monogamous pair bonds that stay together for many years, and these both pairs share all tasks associated with taking care of the young, starting right from the incubation period to the duck rearing.

They can eat various plants, including aquatic invertebrates and arthropods; they do this by wading through shallow water.

The Blue-Billed Duck is a small American dick with both the male and female growing to a length of 40cm;

This duck’s common name, “the Blue-billed Duck.” is gotten from the male duck that has a slate-blue bill;

during the breeding season, the color changes to bright blue, the female on the underhand, retains their blown plumage with brown tips all year round.

They are small stiff tailed diving ducks with a relatively slender, dished bill.

The wild Mallard is the ancestor of many wild ducks; ducks can be fun for the most bird watcher; they are relatively easy to watch, and they have very distinct plumages with large patches of color in very bold colors.

There are different species of wild duck; although the female species look alike, the male is distinct in color.

The mallard breeds can be larger, smaller, darker, all white, all black, the male, or above the tail.

The wild duck is fun, and they are of different species and have specific distinct features.

Listed above are some of the species of wild ducks and what makes them different from others. 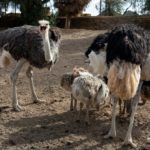 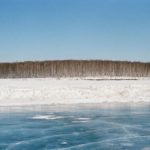